One of the stops on our way to Utah was Devils Tower- which was established by Theodore Roosevelt in 1906 as our first national monument. Devils Tower is unique and striking geologic wonder steeped in Native American legend, is a modern-day national park and climbers’ challenge. The Tower is a solitary, stump-shaped granite formation that looms 1,267 feet above the tree-lined Belle Fourche River Valley, like a skyscraper in the country. Once hidden below the earth’s surface, erosion has stripped away the softer rock layers revealing the Tower. The mountain’s markings are the basis for Native American legend. One legend has it that a giant bear clawed the grooves into the mountainside while chasing several young Indian maidens. Known by several northern plains tribes as Bears Lodge, it is a sacred site of worship for many American Indians. We walked the trail around the tower , looked into binoculars on the ladder which was installed and used in 1893 by William Rogers and Willard Ripley to publicly ascend Devil’s Tower– remains of that ladder is still visible on the wall. 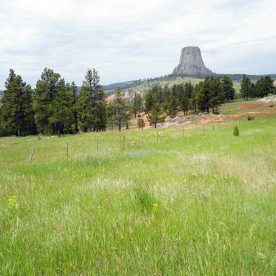 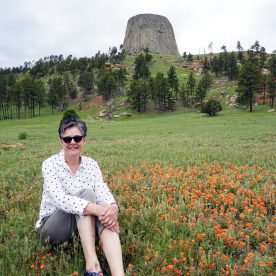 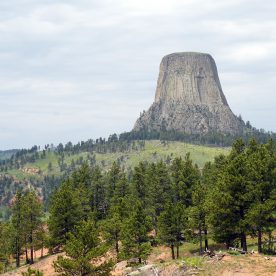 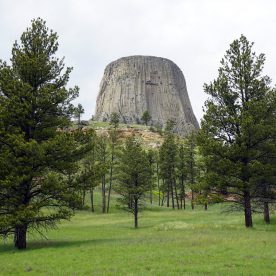 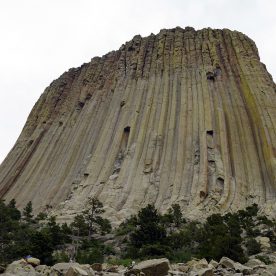 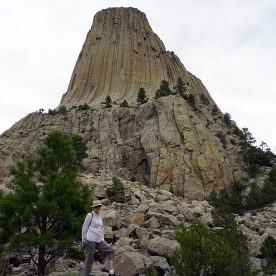 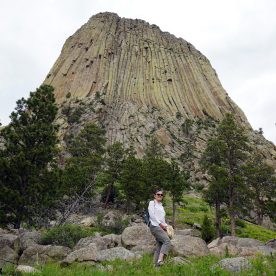 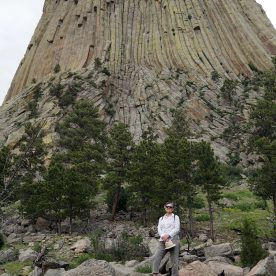 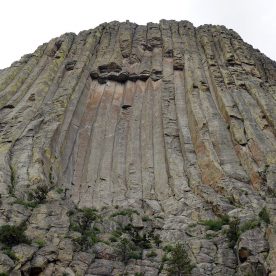 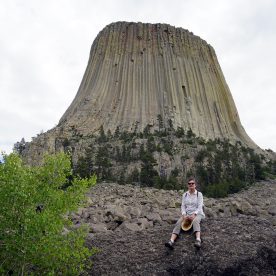 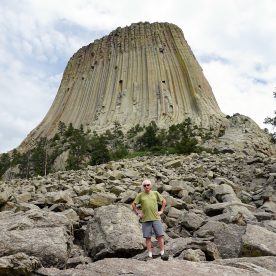