An aristocracy of roadside attractions has been raised over the years: glorified in photo essays, calendars, blogs, and social media fiefdoms; spotlighted in video and film; instantly recognizable as icons. These Great Monuments, we are told, represent America’s hopes and dreams, art and commerce, materialism and spiritualism, folly and fame.

The line-up.
Cadillac Ranch is one of them. Professional authors and screenwriters know a pre-baked, easy-to-get symbol when they see it. Who are we to buck the trend?

Standing along Route 66 west of Amarillo, Texas, Cadillac Ranch was invented and built by a group of art-hippies imported from San Francisco. They called themselves The Ant Farm, and their silent partner was Amarillo billionaire Stanley Marsh 3. He wanted a piece of public art that would baffle the locals, and the hippies came up with a tribute to the evolution of the Cadillac tail fin. Ten Caddies were driven into one of Stanley Marsh 3’s fields, then half-buried, nose-down, in the dirt (supposedly at the same angle as the Great Pyramid of Giza). They faced west in a line, from the 1949 Club Sedan to the 1963 Sedan de Ville, their tail fins held high for all to see on the empty Texas panhandle.

Cadillac Fatality.
Another photo op fatality. (Darren Collins, victim)
That was in 1974. People would stop along the highway, walk out to view the cars — then deface them or rip off pieces as souvenirs. Stanley Marsh 3 and The Ant Farm were tolerant of this public deconstruction of their art — although it doomed the tail fins — and eventually came to encourage it.

Decades have passed. The Cadillacs have now been in the ground as art longer than they were on the road as cars. They are stripped to their battered frames, splattered in day-glo paint splooge, barely recognizable as automobiles.

Yet Cadillac Ranch is more popular than ever. It’s become a ritual site for those who travel The Mother Road. The smell of spray paint hits you from a hundred yards away; the sound of voices chattering in French, German, and UK English makes this one of the most polyglot places between the UN and Las Vegas. We last visited just after a Texas-size downpour, and yet a steady procession of acolytes trudged through the ankle-deep mud to make their oblations. Many were barefoot, cheerfully slogging through the muck of livestock pee and poo (and parasites) and spray can trash, happy to be there.

Graffiti illegal sign.
Despite its exposed location in an empty field, Cadillac Ranch seems to give its art-anarchists a sense of privacy and anonymity, like a urinal stall in a men’s room. Individual painters take a stance facing one of the cars, then let it fly. Surrounding visitors keep their distance, perhaps less out of courtesy than from a desire to stay clear of the spray cloud. The Europeans really seemed to enjoy attacking the cars during our visit, maybe because they’ve lacked a good graffiti canvas since the toppling of the Berlin Wall.

Tourists are always welcome at Cadillac Ranch. If you bring spray paint, make sure to snap some photos. Because whatever you create at Cadillac Ranch will probably only last a few hours before it’s created over by someone else. 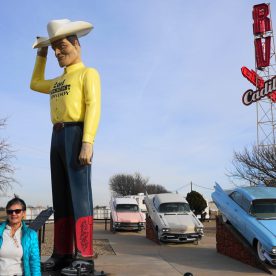 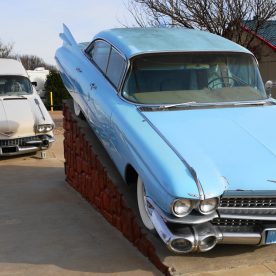 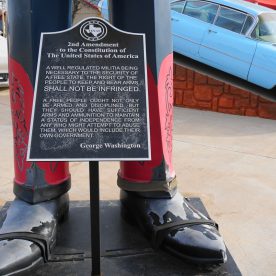 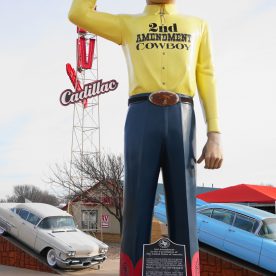 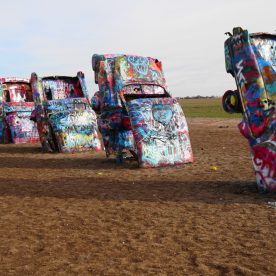 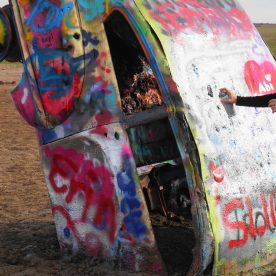 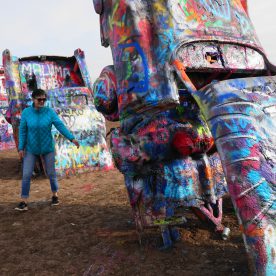 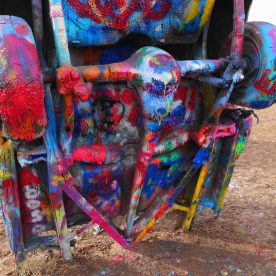 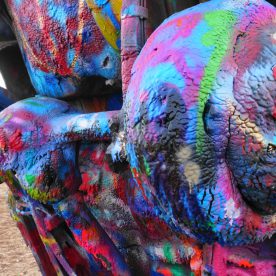 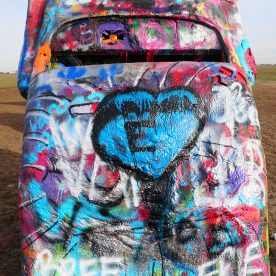 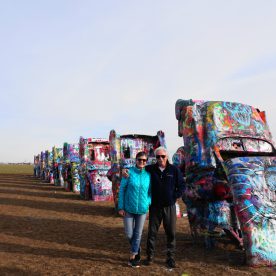 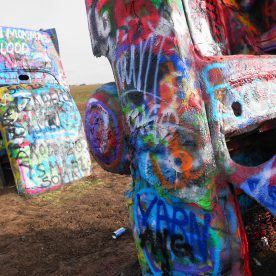 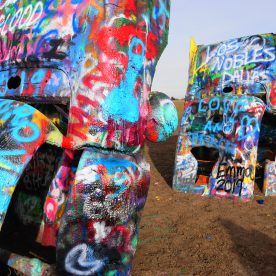 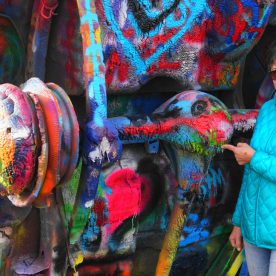 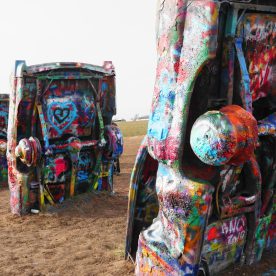 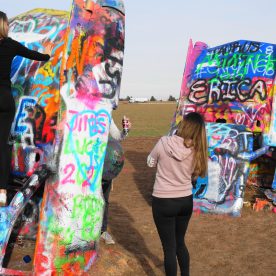 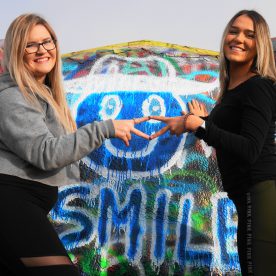 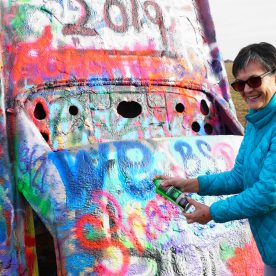 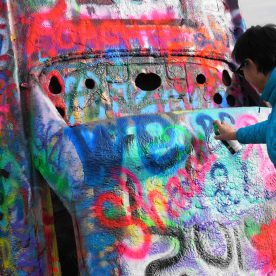 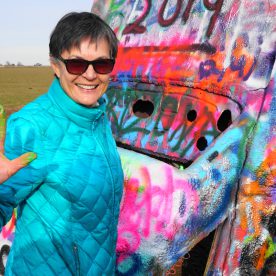 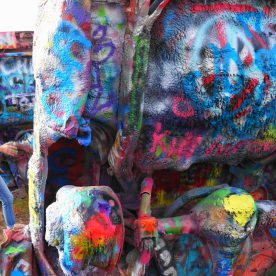 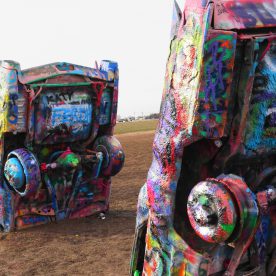 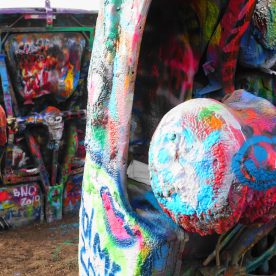 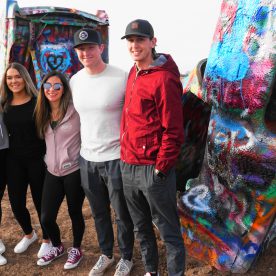